Ted Trainer, with whom I’ve had a number of debates in the past, has sent me an interesting piece claiming that “no empirical or historical evidence that demonstrates that [100 per cent renewables” systems are in fact feasible”. The authors, at least those of whom I’m aware, are “pro-nuclear environmentalists” (Ben Heard, Barry Brook, Tom Wigley and CJ Bradshaw)


Feasibility can only be determined if all the factors are weighed correctly. Are you in favor of omitting determining factors? It seems so, let's see what John Quiggin thinks is good science.

The central premise is that, given that renewables won’t work, and reductions in energy demand are unrealistic, we need to get cracking on nuclear (and also carbon capture and sequestration).

The statement that "renewables won't work" is false, and is not a claim from the authors of the article. As 100% Renewable scenarios are proposed and gain popularity, it is necessary to demand better substantiation. At this moment the hypotheses presented in favor of 100% renewable scenarios are insufficiently substantiated and we shouldn't be using them as guidelines for a carbon-free future. Especially when they espouse an anti-sentiment. In this case anti-nuclear energy.


I assert that the anti-nuclear sentiment in these documents stands in the way of deep decarbonization paths and serves to influence the general public against credible all-inclusive solutions against the worrying prospect of climate change and its negative effects.


It’s paywalled, but the abstract is sufficient to get the main point. In fact, the whole piece is summarized by its title “Burden of Proof”. To give the shorter version: Unless every possible detail of a 100 per cent renewable system can be proved to be workable decades in advance, we must go nuclear.

This is a non-sequitur. The article speaks of an all-inclusive low-carbon energy mix. I.E. a mix comprising of nuclear, geothermal, hydro, wind and Solar. As long as we cannot substantiate that we can do 100% Renewable, we shouldn't be discounting nuclear. Too much is at stake.


This list is mostly notable for what’s not in it: adequate year-round power supplies, at an economically feasible cost. That’s because it’s now obvious that solar PV and wind, combined with one of a number of storage technologies (solar thermal, batteries, pumped hydro) and a bit of smart pricing, can deliver these goals. So, instead we get demands for the precise details in the list above. To lift the burden of proof a bit more, it’s not good enough to address them separately, they all have to be done at once in a single study. Unsurprisingly, no one has yet produced a study that meets all of these demands at once.*

This is called a Strawman, you are implying that the authors of the article are moving the goalposts.  And yes, scientific studies should be held to a very high standard. If you think that cutting corners is a wise thing, I wonder why you are in this business in the first place? Is it because you value that science is done right? Or do you just like to hear your kind of science?


Take me, for instance, I wanted the 100% Renewable future to be true. I was overjoyed when I first read "The Solutions Project" by Mark Z. Jacobson, and I even used it as an argument to convince friends and family to buy solar panels. But something didn't feel right... As an empiricist I want to see that something is possible. If no practical demonstration is possible, a theoretical one is required.

Even in theory, I still cannot make 100% Renewable scenarios work. And this is not a matter of being unqualified to do so. But of simple Mathematics in conjunction with data from the USGS, NREL, EIA and IPCC.


And this is where the burden of proof works so brilliantly. Renewable technologies are well established, with annual installations of 100 GW a year a more

This should ring a bell. John, if you add 100GW of solar and wind each year, with a combined annual generation capacity of 220TWh, and you need 250,000 TWh by the 2040's (as predicted by the EIA) then you should admit that it is hard to maintain that it is feasible to face this challenge with wind/solar and some hydro and geothermal alone. At this rate we won't make the 100% Renewable before the year 3150... Even if we would speed up things, and increase production capacity of PV panels and CSP and Wind Turbines by a factor of ten, we'd still not make it before the year 2100.

As you say, Renewable technologies are well established. Can you show me that a tenfold / twentyfold increase in production capabilities is feasible? Do we mine enough resources?

And again I posit that it is unwise to discount nuclear. Even if we would be capable of increasing production capabilities to those proportions, we'd need every other technology we could find to help mitigate the damage from fossil fuel usage. Nuclear is the only well established technology which can do that. Additionally, generation IV nuclear Molten Salt Reactors and the suchlike should be pursued as they can augment decarbonization pathways significantly.

, and a record of steadily falling costs. But, according to our authors, they haven’t met the burden of proof, so we have to put tens of billions of dollars into technologies that are either purely conceptual (Gen IV nuclear) or hopelessly uneconomic on the basis of current experience (CCS and generation II/III nuclear).

Just as conceptual as your smart-grids, super-storage-solutions etc. Aside from that the Russian BN-800 is a GenIII+ / Gen IV Sodium Cooled Fast Breeder reactor which is in operation. The Molten Salt Reactors which are currently being designed and built (China) are derivatives of a reactor that ran for four years straight in Oak-Ridge, Tennessee. So this argument is moot as well.

Aside from that, EIA, UN, and the IPCC all acnowledge that we need nuclear energy in a future energy mix. Additionally the cost argument is moot, as it is entirely dependent on where the technology is built. Aside from that, the benefits of nuclear energy haven't been considered. Millions upon millions of lives saved because of the coal-plants they've offset for more than 50 years. This benefit alone should be quantified in the hundreds of billions of dollars. But you don't hear John Quiggin talking about that.

To be fair, this use of the burden of proof, while more blatant than usual, is very common. One any policy issue, most of us would like to compare an idealized model of our preferred solution with the worst case scenario (or, at best, the messy and unsatisfactory reality) for the alternatives. But it’s important to avoid this temptation as much as possible. On any realistic assessment, renewables + storage (with the path to 100 per cent smoothed by gas) offer a far more plausible way of decarbonizing electricity generation than nuclear or CCS&gt;

This statement is a blatant falsehood. The plausibility of decarbonizing electricity by using renewables + storage + Natural Gas cannot possibly be better than nuclear + renewables. That's a practical impossibility. One that cannot possibly be substantiated. And I dare John Quiggin to produce figures which would suggest that his false dichotomy is true.

And that's how these silly blogposts are born. By employing false logic... And by doing mental gymnastics, merely to avoid having to add nuclear to an energy mix. Even if that would make deep decarbonization more plausible. 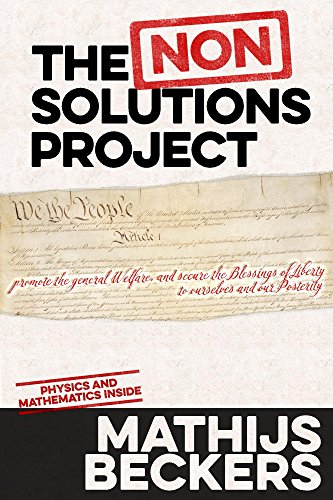 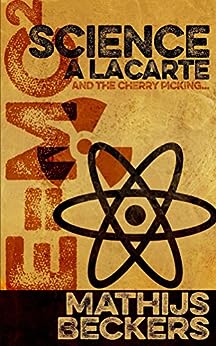 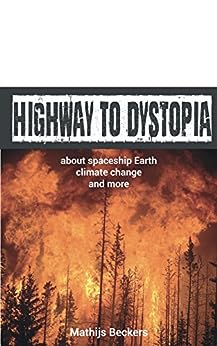 Highway to Dystopia available on Amazon
E-mail me @ fscthies [at] gmail.com